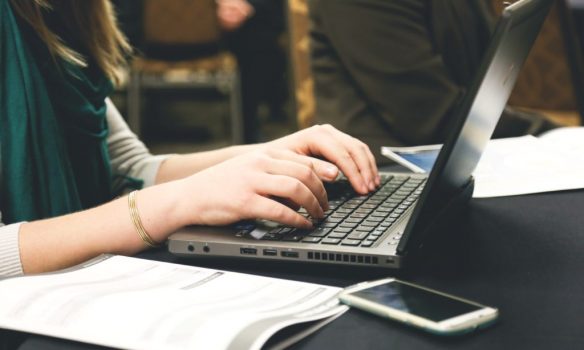 Since the first whispers of EdTech (education technology) began to infiltrate the education sector, there has been ongoing conversation and fierce debate surrounding the morality and the true reaches of such a technological force. There have been those that worried EdTech would take away valuable jobs for educators, and there are those who passionately campaigned for it to be shut down in its initial stages of development and implementation. Despite all the controversy surrounding its potential, EdTech has successfully proven itself to be exactly what it said it would be: a form of strength for the education sector as it heads into uncertain times.

The true power of EdTech lies not in replacing educators and taking away valuable jobs, but in working in alignment with educators to forge a stronger education system that spans around the entire globe. But why is that power so necessary, so prevalent in its early stages, even now? EdTech is so important because it is the dominating force in propelling the future workforce into motion, bringing it closer to being the now rather than the near future. In short, EdTech is preparing students for the workforce that they will enter – which just so happens to be different than the workforce that is currently in existence.

No matter what it is that students in this current generation are studying – be it business, the arts, fashion, mechanics, etc – EdTech is being utilised within and outside of their classroom of choice (traditional brick and mortar or via online learning) as a series of apt tools that make the learning experience of those students so well-suited for the future. For example, a fashion student designing the perfect clutch to complete their graduate portfolio now uses online drawing platforms to bring and store their designs in one simple flourish for easy presentation, self-preservation, and future referral. In business, EdTech stores all semester lectures and tutorials in one place, making it easy to go back and study when the time comes.

And so the evolution goes, on and on. For every degree, every single certification, there is now a place for EdTech in every industry’s academic standards. The future workforce is going to be designed around digital enhancement and technological utilisation – we are seeing this transition happen even now. The future is well on its way. And that is why the modern student is using EdTech more and more, so that they can find their place comfortably in the future workforce without feeling like they are grasping at straws in miscounted efforts to find their footing in a workforce that, were it not for EdTech, they would be largely unprepared for.

The education sector has found itself at the centre of increasing technological and digital disruption for a few years now, and that disruption has exploded in the last year or so to become a full-fledged innovation that has entirely transformed both modern education and the potential for students to be more adequately prepared for the workforce they are set to enter into. In this modern era, digitalisation and technology reign supreme, even now, and so it makes perfect sense that the education industry is riddled with incredible feats of EdTech.

« EdTech is influencing education
EdTech changing the world of academics »