Fighting Fake News in the Classroom 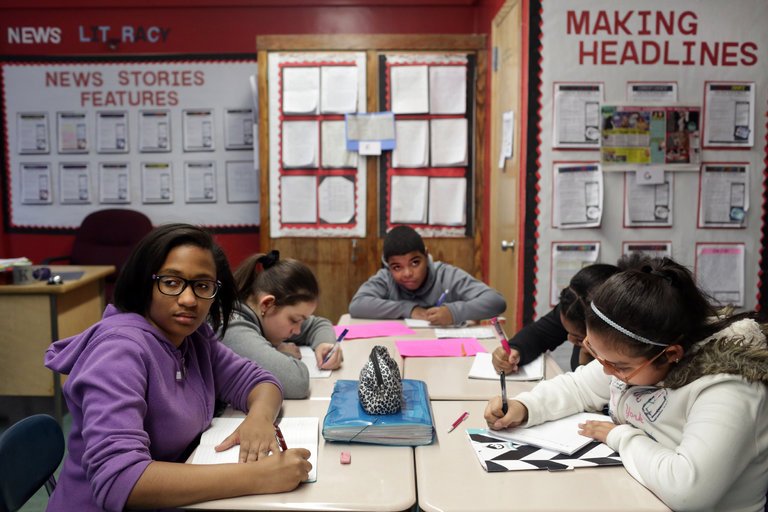 According to research from Stanford University, school-aged students are easily fooled by false information they encounter online. Since the 2016 US election, there has been a lot of discussion about the proliferation of fake news, and experts, including those involved in the study at Stanford, have described it as a threat to democratic values.

But it’s not only about fake news. Fabricated news stories are only part of a much bigger problem. Information and misinformation, advertising masquerading as news, half-truths and opinions presented as hard facts. The problem is more like an information tidal wave.

Young people, especially, get a large portion of their news from social media feeds, which are notorious for spreading false information, and sponsored and embellished content. Just because children today are surrounded by technology, doesn’t mean they are inherently aware of the dishonest ways that it can be used. Being digitally literate doesn’t not guarantee that a child will be able to critically analyse the digital media they encounter.

To try and tackle this problem, and provide kids with the right tools to help them educators around the world have launched programs, teaching journalism and content creation techniques to prepare young people to become savvy digital communicators and help them sift fact from fiction as they navigate the bewildering digital media landscape.

That can involve giving children the ability to spot tell-tale signs of fake news. Things like bad spelling and grammar, claims that can’t be backed up by evidence, odd URLS or advertising links. Helping children understand concepts like Search Engine Optimization or SEO, can help them decide whether a source will be credible as well. Being aware of how Google’s algorithms rank sources of information can help kids understand how authoritative a site is.

High Schools in the Czech Republic have been teaching teens how to identify propaganda online, and in Sweden, students as young as 10 years old are taught responsible ways to consume news. Elementary schools in Kansas and California have teamed up for ‘fake news challenges’ using skype to get fourth graders in separate states to write their own fake news articles, and present them alongside real news via skype sessions. The opposing class then had to determine which news article had been fake, and provide their reasons why. Innovative ideas like this not only teach kids how to be critical of the information they receive from the news, but also when they receive it from their peers.

Programs and initiatives like these help students learn to detect biases and agendas online, and empowers them to distinguish fact from fiction. This approach makes students more than savvy communicators and consumers. They become informed and critical thinkers, effective problem solvers and content creators that can advocate for themselves and the public.

Equipping today’s youth with the tools and know-how they need to make sense of the digital world is the best way to ensure that their critical thinking can still flourish surrounded by a digital soup of advertorials, misinformation and fake news.